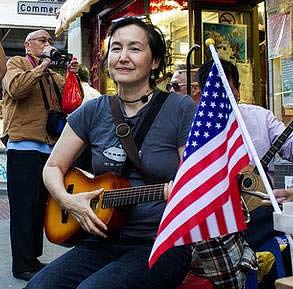 Vicky Rubin is a multi talented artist and author who has written and illustrated  children’s books taking the traditional publishing route. While surfing the net I found Vicky’s blog Doodlesoop and her book illustrations caught my eye especially when I saw that she is a fellow author.

Her  style is perfect for children. Bright colors, full of humour and character which is skilfully balanced to produce an excellent visual experience for young readers.

Vicky Rubin has a multicultural background with Russian ancestry on her father’s side and mother from Chengdu, capital of southwestern China’s Sichuan province. She also lives a ‘multi-coastal’ life spending most time at in Walnut Creek, just outside San Francisco and also residing a few months of the year in Brooklyn New York – A nice little round trip drive – home to home – coast to coast!

I recently caught up to find out more about her approach to writing and illustration:

Where did your interest in drawing begin?

Just been doing it my whole life. I was shy and would observe people and nature.

Have you an academic background or training in art?

I took some art classes in high school and college but mostly did it on my own, with no intention of doing it professionally. After working for a while after college, I went back to school and got a masters in art education. To apply to that, I had to take a year of art courses for credit. 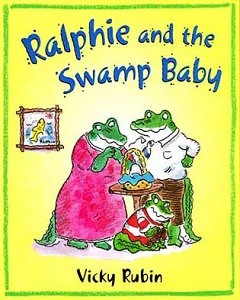 Which books have you had had published?

Ralphie and the Swamp Baby is the story of a young alligator who’s jealous of the egg his family is going to hatch, so he devises a scheme to get rid of it. But in the process, he learns maybe having a sibling isn’t so bad. I wrote and illustrated this myself.

The Three Swingin’ Pigs is a collaboration between Rhode Montijo (illustrator) and written by myself. The publisher choose the illustrator and there’s no contact between author and illustrator during the publishing process. The book is my take on The Three Little Pigs story with a large portion of jazz thrown in.

Here’s a blurb: Once and only once, Satch, Mo, and Ella’s jazz trio entertained the world with their hoof-stompin’ tunes. But there’s one character who’s not a fan—the Big Baaaad Wolf, who wants to eat them live, on-stage, with barbecue sauce. A story of the power of music.

What kind of publisher did you use?

A traditional trade publisher for those.

Could you describe your writing process?

I was just reading an interview with an author saying she gets asked that a lot and has no idea! I also don’t really know where ideas come from. They can be memories from my own life, or thoughts or drawings, or a take on an old saying, and or some combination. For instance, with the Pigs book, I thought about the line, “I’ll huff and I’ll puff and I’ll blow the house DOWN,” with the emphasis on the word “down.” It then took on a jazzy beat.

My dad took us to hear a lot of jazz when I was a kid, and I’m lucky to have seen some of the greats. For my alligator book, I had for some reason done drawings of an alligator knitting a baby sweater. Then I remembered the day my older brother pretended to try to give me away when we were kids.

One character I write about a lot is based on someone in real life who has a junk shop. Some see the store as an eyesore, and others as a great place to explore.

I have an online critique group, as well as friends to ask for or exchange feedback. I rewrite many times. I keep a list of ideas and try to jot them down quickly when they hit. I write in rhyme as well as prose. I’ve had some rhyming poems published in Cricket and Spider magazines for kids, and hope to someday sell some of my rhyming picture book manuscripts. Editors say they don’t like rhyme, but I think what they mean is that most rhyme they receive is out of meter or forced. 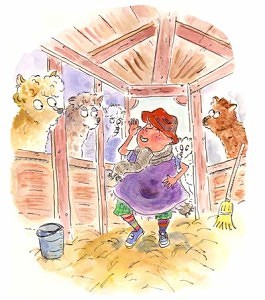 How you decide which illustrations to use in the books and what medium do you use?

I used to do all traditional media, pre-tablets. Then I started to combine digital and traditional, scanning then editing if needed, and preparing them for print. Now I usually work all digitally, using a tablet. My digital style is not that different from my traditional style. With traditional media, I usually do watercolors with ink. I sketch out the art using either a tablet or I draw on layers of tracing paper til I get it the way I want. I then use a lightbox to transfer the drawing to paper. I try to stay loose.

Then I do the ink outlines. I use bottled ink and a dip pen. I let it dry for a whole day or take to it with a blow dryer, then I add watercolor with a bit of crayon.

When I work digitally, I do a lot of sketches using the tablet. I work in layers, with the black “ink” on a transparent layer on top. I might scan in watercolor to use as a texture. There’s no original at the end. I used to do art on a copy machine that way, with white-out and multiple copies. As for deciding which ones, I try to pick the ones that illustrate the text and maybe go beyond a bit, and show the most emotion in the characters. 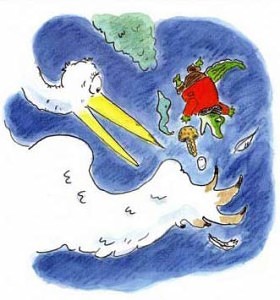 Was the process of getting your books published straightforward?

For years I’ve been a member of a group called Children’s Book Illustrators Group (cbig-nyc.com), which has an annual event where we meet with two editors and show them work for 10 minutes. One was interested in my dummy book (a dummy is a mockup of the book). I was so scared that I cut the meeting short.

Ultimately, he gave me the name of the editor I worked with who was at a different house but same parent company. 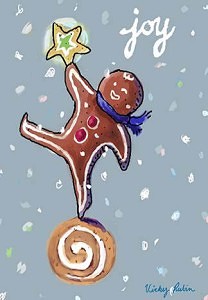 They went pretty smoothly. First, I submitted a dummy of Ralphie, and they gave it back to me with a bunch of stickies with suggestions. I then did a new dummy. Then the designer scanned that dummy and made a layout. I followed the layout for the final art.

One problem was when they decided they wanted a coat Ralphie is wearing to be a brighter color. Because it was watercolor, I couldn’t change it, so I had to redo some of the art. Also, the marketing department changed the title, and neither the editor and I were thrilled about it. The title was originally Careful Around Eggs. But they wanted a title that fit the theme more clearly.

The next books I did was a series of activity books where I illustrated things like mazes, riddles, and hidden pictures. I worked all digitally, as the deadlines were so short. It was totally different. Trade publishers take their time, a book can take up to 5 years. But the educational market is rushed.

Have you any future publications in the pipeline?

I have some stories and dummies out there looking for a home. I could go the indie route someday.

Which artists and cartoonists do you admire or have influenced you?

Well, as a kid I had a Snoopy obsession and I notice even now that my characters have rounded noses like Snoopy. I love many artists and illustrators—I grew up on MAD magazine with Don Martin, Al Jaffee, and the wonderful caricaturists. I love Basil Wolverton, as well as Maxfield Parrish.

Anything that makes me smile, see things differently, and touches my emotions. In children’s books, some of my favorites are Wanda Gag, Ezra Jack Keats, Chris Van Allsburg, Quentin Blake, Leo Leonni.

You offer a critique service.  Who is it aimed at and how can people get in touch with you?

You can see more about my critique service at my site,  Doodle Soop  There’s a contact form on the site.

I’m a judge on the site Rate Your Story and I also started and run an online crit group that has been around for a few years. I work with picture book authors and author-illustrators.

It’s OK if they are new to writing, and OK if they write in prose or verse, rhyming or non-rhyming. I do a three-round crit, examining voice, story, character development, plot, structure, and the takeaway. I enjoy critiquing and try to really zero in on what can be improved. 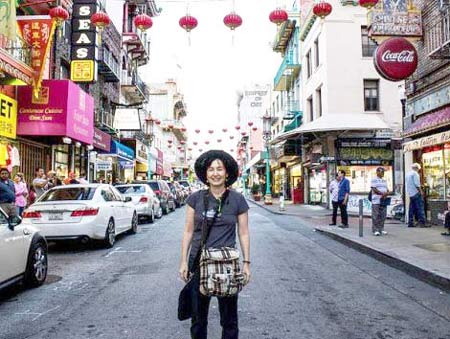 Any other artistic projects you are involved with?

I have an online card store at Greeting Card Universe, where I offer humorous cards.

My illustrators group (CBIG) arranges a couple of shows per year in NY galleries and venues. Last year we had one at the Edgar Allan Poe Center in the Bronx. The shows are usually based around a theme, such as Mother Goose or classics. You can see details of our shows, events, and exhibitions at the  Children’s Book Illustrators Group Website (CBIG)  I also enjoy doing school visits.

I also enjoy doing school visits in person and over Skype. Kids really get into drawing, and it’s hard to get them to stop when the time is up. On Skype, it’s usually shorter and I mainly just answer questions.

Where can people see and buy your books

Both Ralphie and the Swamp baby and the Three Swingin’ Pigs are available on Amazon.

Where can people find you to see more of your illustrations?

My own blog, which has links to the books and other groups and interests is at Doodlesoop.com.

I am also on the Children’s Book Illustrators Group  – CBIG. 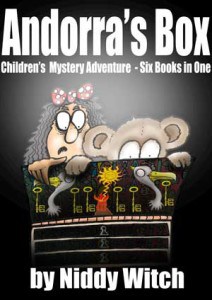 If you are thinking of taking up book illustration or have a book already written and are contemplating designing your own cover take a look at my article ‘How to design a book cover – lessons learned’  in which I go through the process and pitfalls of designing your own.