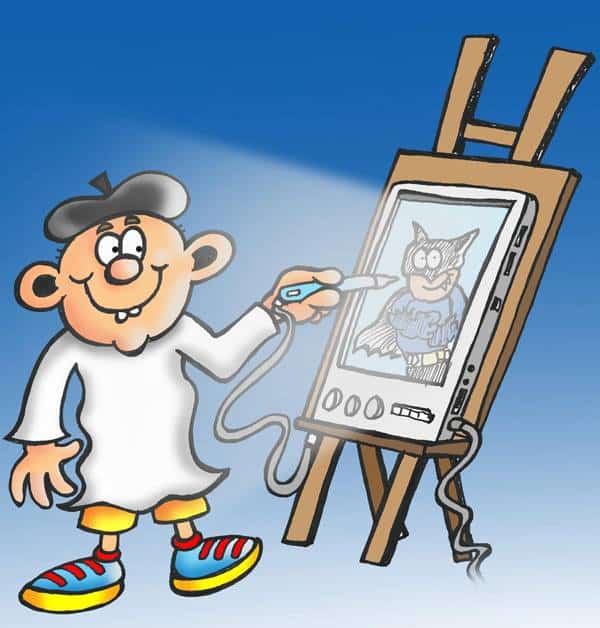 Setting out life goals and gathering the best bucket list ideas can be great fun but there may be more to this than just a fanciful dream.  I have been a believer in ‘the harder you work the luckier you get’ and have been very ‘lucky’ in achieving much of what I have set out to do.

If you focus on a bucket list goal hard enough and work towards it there is no reason at all why it cannot be achieved.  You have to work at it as I personally don’t believe in the fanciful power of thought alone to get what you want.  It requires positive action plus thought to achieve anything.

There are a couple of theories:

It basically boils down to the same thing.. before I die list…a life bucket list!

Bucket List Ideas That Are Free (or nearly free)

Let’s start with the cheapest contenders – things you can do to achieve one or more of your artistic goals without spending a bucket load of cash.

How to improve my artistic skills

When I was 20 years old I was a mediocre cartoonist with a poor style, poor drawing executiuon and unable to make a brass razoo out of anything I produced. In fact I was absolute rubbish! 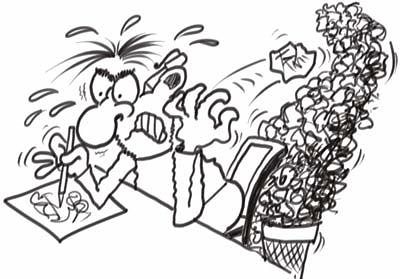 I decided to make significant improvements and the best way I found was to practice practice practice.  If anyone wanted me to draw aything I said yes.  If anyone was looking for a design I would put myself forward to do it free of charge.  Within a short space of time I had more artwork to do than I could shake a stick at.

Within a couple of years I went from useless to not bad at all but there was still room for improvement  so I continued to take on more work.  I also studied as many ‘how to draw’ books as I could and studied some of the great cartoonsist’s work to see how they did it.  It worked and now I can sell my cartoons and other design work.   This was from two simple bucket list ideas…‘I want to be the best artist I can possibly be’ and ‘I want to be a published cartoonist’ – The first is ongoing and I achieved the second back in 2002.

I am still on this mission which will never end until I kick the bucket – but it was worth every curse, growl and screwed up piece of paper launched at the trash can.

This amazing facility has over 300,000 original cartoons and an immense 2.5 million comic strip clippings of some of the greatest cartoonists the planet has ever seen – What a great place for artistic inspiration! further details here… 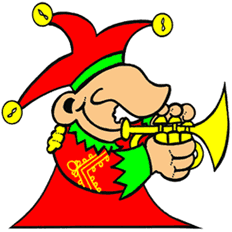 My number one is the New Yorker which is almost impossible to get a cartoon published.  However, impossible has never been a barrier I have ever taken much notice of and I will keep trying till I succeed!

The British satirical political magazine New Statesman is my other target to get a cartoon or two published.  Again it is extremely difficult to get a foot hold in this famous publication but one day…

Drawing Vacation in Paradise – Top of the Bucket List Things to do!

Finding time to draw and create artwork has to fit in with everything else in my life.  I would love to spend a totally indulgent, selfish month or two (or even six!) on a Greek island by a pool overlooking the sea…just I, me and myself!!!  I could draw and paint to my hearts content and consume as much Greek beer and quaff a gallon or two of retsina!

I have dipped my toe in the water once when I went on a family holiday to Kefalonia in 2015 in a secluded villa with pool overlooking a fantastic view of the sea. On the odd occasion where the rest of the family were inside taking a siesta I did exactly this and produced a ton of work.  Very indulgent an artists holiday away from everyone…how disgustingly self centred…but just imagine…!

The only downside to is I would really miss my wife and kids…but there’s always Skype LOL!!!

You don’t need a graphics tablet to be a great cartoonist but it certainly helps you do things that is near impossible on paper.  So on the bucket list has to be a top of the range Cintiq…actually two!  The 27″ QHD Cintiq  for the studio and the Wacom MobileStudio Pro 16. See my reviews of graphics tablets right here…

Your Own Studio – One of the Best Bucket List Ideas

For those of you who work at home or employed in a workplace your own studio might seem pie in the sky but its a goal that you must admit would be wonderful.  I put an extension on the house with the grand idea of having my own art studio. It would be fantastic…but…it wasn’t!

My wife and kids had other ideas and now I have an ‘office’ (more of a corner desk) with a bit of drawing space which I share with my sons rapidly growing computer games, the family washing store and any other junk that the rest of the household shove into the room because it doesn’t look good anywhere else.

One day I will actually have the room to myself but until then it’s firmly on my bucket list things to do. 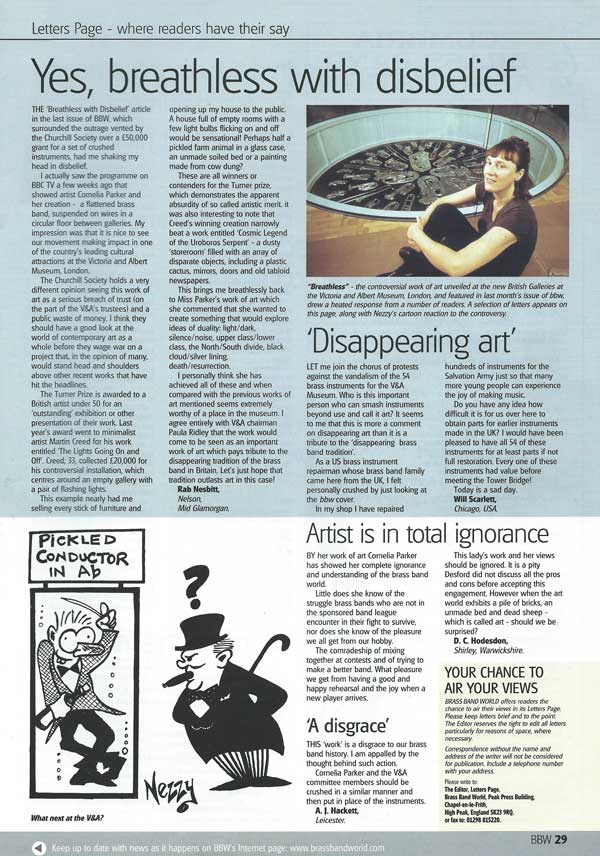 This came about by accident back in 2002 – serendipidy is what I think you would call it.

I play in a brass band and read an article in ‘Brass Band World Magazine’ about a winner of the prestigious Turner Prize which is awarded annually.

Cornelia Parker crushed a set of brass band instruments and diplayed them in the Victoria and Albert Museum in London. 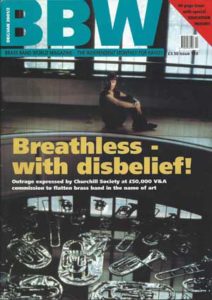 It sent the world of brass bands into turmoil and I sent a letter to the editor in support of Cornelia Parkers Artwork which won the Turner Prize that year.

I also included a cartoon to liven up the letter.  The editor liked it so much he rang me and offered me the resident cartoonist spot which I have held to this date.

It has been an extremely rewarding experience to see my work in print and resulted in my cartoon web site nezzyonbrass.com – all about brass bands and related cartoons.

This is a particularly inspiring experience for any artist to observe first hand the work of the really greats. There is the Tate Gallery which houses some of the very best british art and the Tate modern which has british and International contemporary and modern art,  Both have fantastic displays of various artists and different medium and absolutly worth a visit!

Not only is Florence a fantastic place for any artist to visit but it has one of the best art galleries in the World.  The Ufizzi gallery displays some of the worlds greatest masterpieces including:

This combined with a magical City, italian food and wine has to be experienced.  so good was it that I have been there three times and plan to revisit in the near future.

Meet up with Disney Cartoon Artists 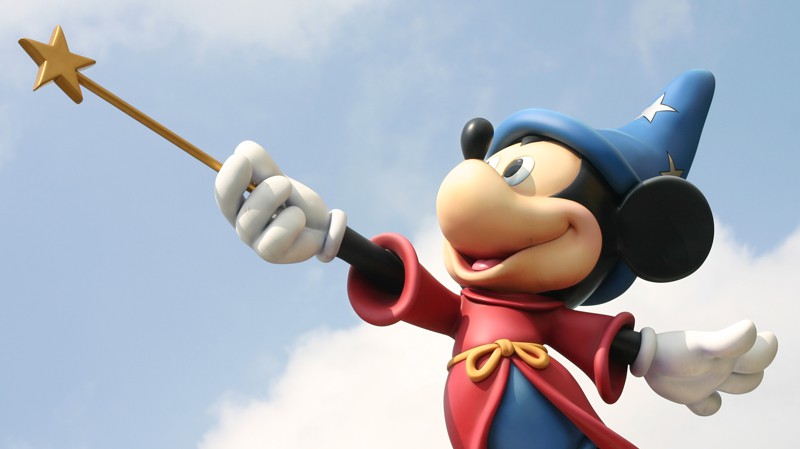 Walt Disney develped an unbelievable cartoon and film industsry out of imagination and sheer willpower and I have always wanted to sit down with an artist working there to see what goes on behind the scenes.  I had the chance during a trip to Florida when by chance I met up with a cartoon artist visiting the Disney resort.

It was a facinating discussion and I learned a bunch of stuff that you wouldn’t get from any book or web site.  Being able to talk at length to someone actually involved in the Disney creative process.  It was worth it’s weight in gold and very inspirational.

Summary of Bucket List – Things to do For Arty People 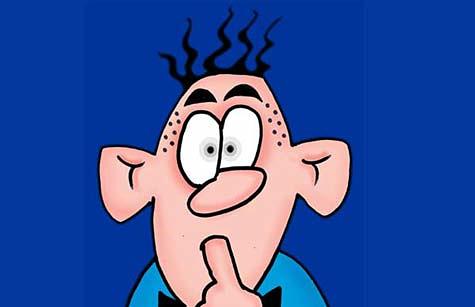 Thats my short but exceedingly expensive and self centred artistic bucket list of wants.

How about you. What do you really want to enhance your creative life.  What would you like to do, own or experience before you go to the great art studio in the sky?

Perhaps your own T.V. art show, become an art critic or maybe take charge of the next Disney animation blockbuster? 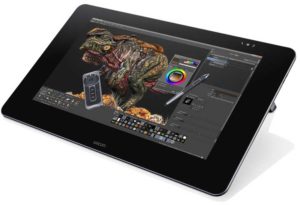 Check out My Reviews on Graphics Drawing Tablets here…