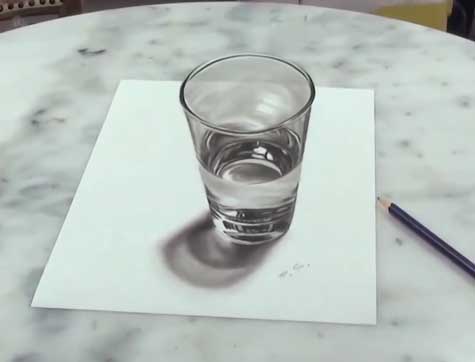 Stefan Pabst caught my eye after being sent a link to a video that has been doing the rounds on social media.  He uses an oil dry-brush technique known as trompe l’oeil that is designed to trick your eye into thinking the object created is for real in 3D.

Not only does the trick work but even when you realise the images are not 3D they still leap off the page.  He has created all sorts of creepy crawlies, snakes and spiders that would fool anyone. A quite ‘outstanding’ skill in more ways then one!

Originally from Russia he moved to  Germany at the age of 15. Stefan works daily from his studio in Hamburg, creating almost photographic portraits for customers including politicians and film stars. He began his artistic career at the tender age of five where his portraits caught the eye of his fellow school mates.  After creating a portrait for a friend he decided to make his talent a career.

This is one of the best transformations of school doodling into a full time profession that I have seen. He creates some simply staggering portraits as a result.  His 3D work is amazing in it’s execution and fills you with admiration to see his mastery of this technique in action.

The oil dry-brush technique is where a relatively dry brush with oil paint is used.  The paint is transferred to a dry supporting meduium such as paper or primed canvas.  The brush strokes provide a dry scratchy appearance, unlike a wetter brush which would give smooth strokes and blends. Stephan enhances this further by using specially textured surfaces to paint on. 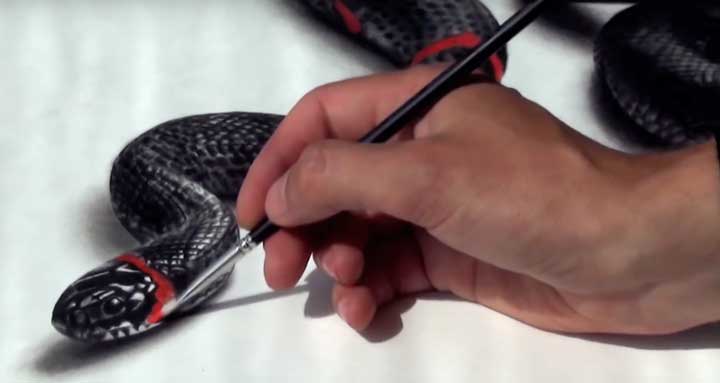 In his 3D drawings he adds to the illusion by cutting away some of the excess paper. This fools the eye to such an extent it is difficult to distinguish between reality and illusion – simply brilliant!

« Review: What is a Bamboo Spark and how can artists use it? » Bendy ruler – possibly the best tool for drawing curves